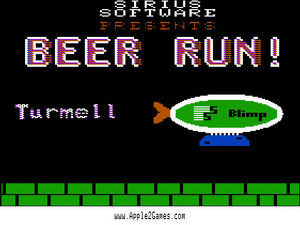 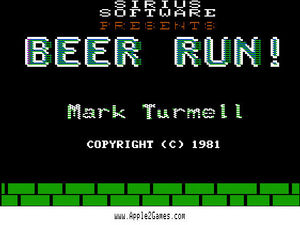 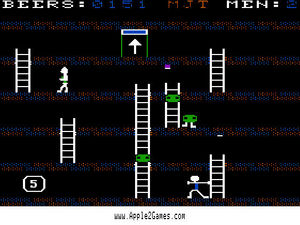 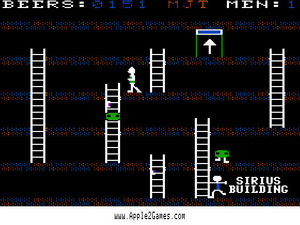 Description: Beer run is a platform game in the vain of Apple Panic and Donkey Kong. You play a "drunk" who needs to run down to the local store and pick up another Six Pack of Olympic beer. The main character in the game swaggers as if drunk from side to side and up and down. During the game there are various "buzz killers" who try to stop you and knock you back down a level or two. At various times in the game an elevator will show up and if you catch it escort you up a few levels of the Sirius Building. You must also pick up change along the way so that you'll have enough money for the beer once you get there.