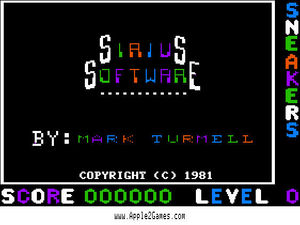 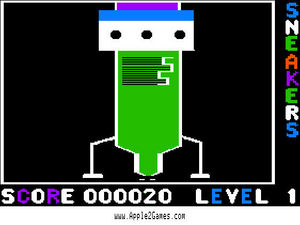 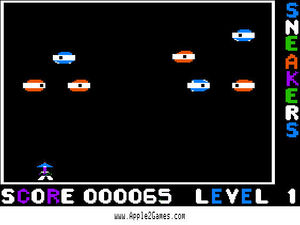 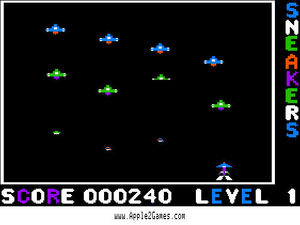 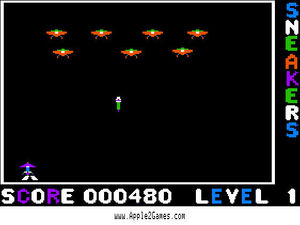 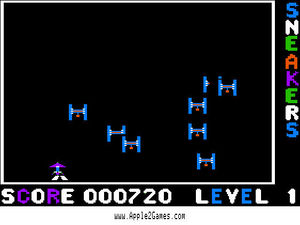 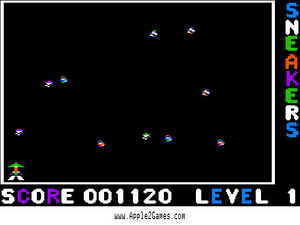 Sneakers is an arcade shoot'em up game like space invaders. It consists of five different levels of aliens. The only goal of the game is to fight wave after wave of aliens that are coming to invade your home planet. The player controls a space ship at the bottom of the screen that can only move left or right. Waves of aliens include sneakers, Cyclops, asteroids, saucers fangs and H wings and each alien has its own way of moving around the screen.

The player starts the game withh five ships. When the player loses a ship, by being hit by a projectile or crashing into an alien ship, a large mothership comes down from the top of the screen and deposits another player ship. Once the player loses all his ships the game is over. There's not much in the way of new ideas with this game, but it's the animation and the oddball/cute aliens that make it worth while to play.

Interesting gaming fun fact about The Sneakers, Mark Turmell the author/programmer of the game later went on to program one of my favorite arcade games called Smash TV.

<a href="http://www.virtualapple.org/sneakersdisk.html">Click here to play Sneakers now at Virtual Apple</a>